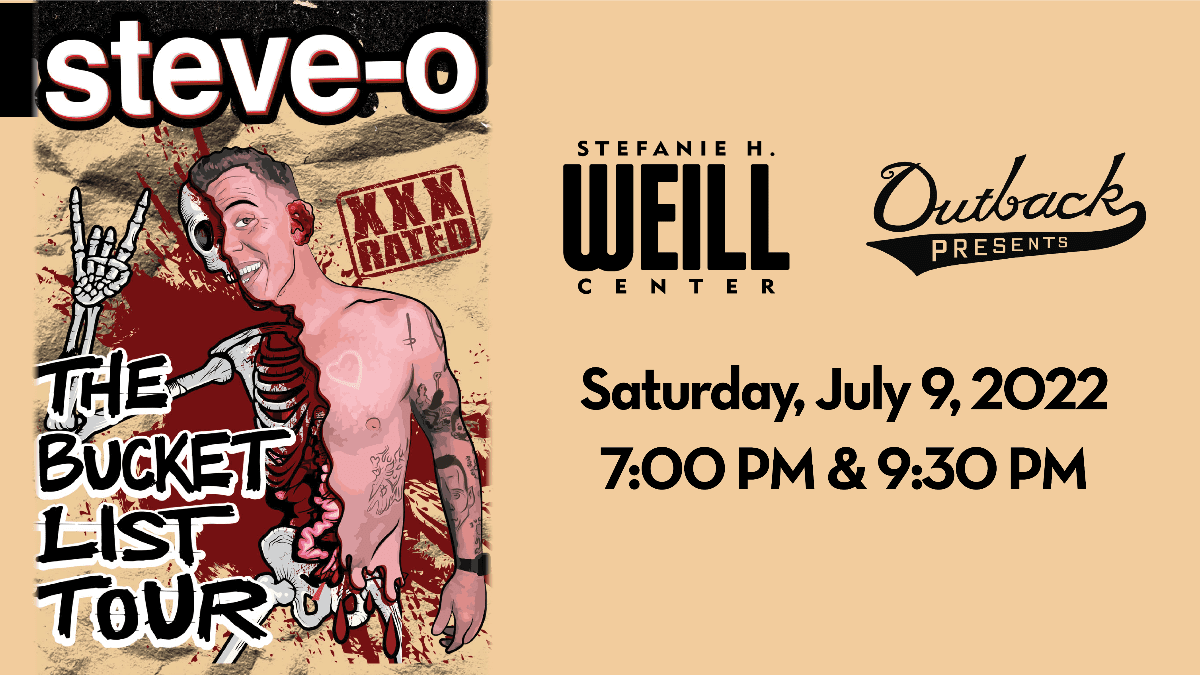 FOR ADULT AUDIENCES ONLY – this show contains graphic footage of Sexually Explicit Content, Nudity, Self-Inflicted Violence, & Drug Use. ALL patrons will have their ID checked upon entering.

Steve-O (a.k.a. Stephen Glover) was willing to do whatever it took to become famous, even if it meant stapling his ball sack to his leg.

After failing miserably at the University of Miami, Steve-O was a homeless couch-surfer for three years before he attended Ringling Brothers and Barnum & Bailey Clown College, to help further his goal of becoming a famous stuntman.

His relentless attention-whoring ultimately led to working with Johnny Knoxville on a stunt-based reality show. The rest is history. MTV aired the first season of JACKASS in 2000.